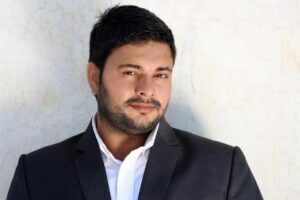 Best Schools around you !

Solan is a town in the Indian state of Himachal Pradesh and the district headquarters of Solan district. There are about 50+ schools here, some schools belong to British era. Here is the list of Top 10 Best School in Solan. In this blog you have been given all the information so that it will be easy for you to find best school in solan for your children.

Founded by Sir Henry and Lady Honoria Lawrence, Sanawar is believed to be the first co-educational boarding school in the world. On the 15th of April 1847, a group of 14 boys and girls camped at the top of the foothills of the Himalayas and now in 2021 We are Best School in Solan . They lived under canvas for some weeks, anxiously waiting for the first buildings to be completed before the arrival of the monsoon. Thus did Sanawar come into existence. By 1853 the strength had grown to 195 pupils and it was then the School was presented with the King’s Colours. It was one of the only six schools and colleges ever to be so honoured in the entire British Empire, the others being Eton, Shrewsbury, Cheltenham, the Duke of York’s Royal Military School and the Royal Military College, Sandhurst. Sanawar has held its Colours for the longest unbroken period. From its Foundation the financial burden of the School was borne by Sir Henry until his death in 1857, when the government assumed responsibility for the finances as a mark of esteem to his memory. Under these arrangements, control of the School passed from the ‘Honourable Board of Directors’ to the Crown. This is the most unusual arrangement, not repeated in any English Public School.

Pinegrove School, established in 1991, is a Co-educational, purely residential, English medium public school and one of the best school in solan affiliated to the Central Board of Secondary Education (CBSE), Delhi, up to 10th and 12th Grades.

Pinegrove is a Regional Member of the Round Square, is accredited with ISO 9001:2008 (BSI) and is a member of the prestigious Indian Public Schools` Conference (IPSC). The school is also a member of the IAYP (International Awards for Young People`s Programme) previously known as the Duke of Edinburgh`s Award Scheme.

Pinegrove is divided into Junior and Senior Wings located amidst the most picturesque scenery of the Shimla Hills. The junior wing of the school is situated amidst a thick and beautiful grove of pines and the senior wing is situated on the banks of a brook in the exotic valley of Kuthar, both in District Solan, in the State of Himachal Pradesh, India.

The School admits pupils without distinction, from all religions, castes, creeds, race or colour and has pupils from all over India and abroad and inculcates in the pupils a spirit of secularism with no emphasis on any one religion and yet with respect for all religions.

Army Public School (APS) is a boarding school located in Dagshai, India. It lies on top of the Dagshai Hills, Army Public School is one of the Best Boarding School in Solan. General K Sunderji and General R S Dayal established this school in 1986 under HQ Western Command. It is a coeducational residential School affiliated to the CBSE, New Delhi, and is a member of the Indian Public Schools’ Conference. The school is ranked 9th among top boarding schools in India. The name Dagshai, according to a popular local legend was derived from Daag-e-Shahi. During the Mogul times a Daag-e-Shahi (royal mark) was put on the forehead of the criminals and sent packing to the then Dagshai village. This can also be seen on a rock edict in the school premises. The closest railway station is Kumarhatti located some 2 kilometers from Dagshai. Trains from and to Kalka operate on this track between Kalka and Shimla.

We are delighted to best school in solan and we have taken on the stupendous challenges of nurturing your children, motivating and guiding them to be energetic, passionate, focused, confident and well rounded personalities: hence by the time they step into adulthood they are more than equipped to face the real world and take on the reigns of Indian citizenship with a global outlook.

St. Luke’s School was founded in 1958 and one of the best school in Solan. It is permanently recognised by the Govt. of Himachal Pradesh and affiliated to the Central Board of Secondary Education, New Delhi since 1962. The School is an English Medium, Co-Educational day school. It is a Christian Minority

Institution, owned and run by the Shimla-Chandigarh Educational Society, a registered body, which has its headquarters in Chandigarh.

The primary aim of the School is to impart all-round education – academic, religious, physical, moral and cultural based on Christian principles to members of the Roman Catholic community. It also imparts an all-round education – academic, physical, moral and cultural to all those admitted irrespective of caste, creed and status.

St. Luke the Evangelist was a native of the Hellenistic city of Antioch in Syria, a city famous for the agreeableness of its situation, the riches of its traffic, its extent, the number of its inhabitants, the politeness of the manners, and their learning and wisdom.

We focus on the comprehensive growth of our students by working on their hearts and minds by directing to their academic, cultural, physical and social needs imbedded with positive values, discipline, dedicated and determined mind. We are fully committed to impart quality education by investing all the skills, talents and knowledge. We endeavor not only to produce academic results but also to create an admirable framework for developing life skills.
We are committed for quality education, art of life skills, all round development and global standards with this dedication and hardwork now we’r one of the best school in solan.

The School situated on a hill top, at a height of 6000 ft., has a large campus of  over 25 acres. The campus with its amazing view is green, pleasant, calm and pollution free. It is situated off the national highway 30 kms from Kalka. The nearest railway stations are Kumarhatti and Dharampur.

The Managing Board of Dagshai Public School is constituted by the Atam Science Trust and consists of eminent and talented persons from diverse fields. The School faculty comprises of a dedicated, experienced and deeply passionate group of educationists. With their efforts, the school has progressed year after year producing the best of ICSE/ISC results in class X & XII. Dagshai Public School has created a name for itself in the field of extra-curricular activities securing leading positions in nation-wide competitions and sporting events as result we are one of the best school in solan.

Here is a school with a national ethos and YET, international in approach and best school in solan. Apart from giving them opportunities to win, we also prepare them for harder battles of life. We believe in providing Quality Education to youngsters without turning them into bookworms.

To give them a sound foundation of academics. To explore teaching strategies and methodologies globally to ensure that our students are exposed to the most modern teaching that is appropriate to their needs. To let every child enter the school playground and equip himself with a sound health and learn to follow the rules of the GAME and LIFE. To empower the youngsters with latest tools of technology. To let them know that whereas they belong to their own religion and race, Humanity is the only religion of every human being. To shed their pride and prejudices and come forward to accept the facts of life with humility.

St. Mary’s Convent School affiliated to C.B.S.E., New Delhi is one of the oldest and gracious institutions located in the pristine environs of Kasauli, in the Shimla Hills about 6000 ft. above sea level. The infrastructure of the school provides a spiritual, moral, educational and cultural environment to the children. The School year commences by mid of February and ends in the second week of December.

St. Mary’s Convent School, Kasauli, founded in 1958 is under the management of the Congregation of the Sisters of the Destitute Pushpadham Province. The education imparted by the institution aims at elevating, regulating and perfecting all the aspects of human life-physical and spiritual; intellectual and moral; individual and social. The emphasis is on academic excellence, social work and all-round development of the personality of the children.

The school is open to boys and girls of all casts and creeds and we are the best school in solan. As a co-educational school, St. Mary’s provides a balanced, safe and realistic environment for young children to grow and learn. The school turns out young boys and girls with a well developed personality, prepared to engage with and contribute to the community at a regional, national and global level.

The Gurukul International School was founded with one purpose – to build a space for all students to grow, learn and create with each passing day. Through a unique teaching approach and a truly passionate staff, we help students develop academically and personally to the highest level. We are continue growing with our vision, as result we are one of the best school in solan.

We invite you to explore our site and discover the academics and community The Gurukul International School provides to each and every student. Get in touch with us today to schedule a tour, learn more about enrollment, or ask any other questions.

“Bharat” is a secular country and every citizen of our country has right to practice what they believe in.

“Nation” is above all the religions for us and therefore “Tiranga” is the only religion we practice in our school.

MRA DAV Public school is proud to be one of the best school in Solan and has a rich academic tradition dating back to1989. Situated in the lap of lush green environs and soul soothing tranquility, MRA DAV Public school is the proud part of the DAV Institutions run by DAV College Managing Committee, New Delhi. The campus itself is known for its beautiful landscape and friendly and knowledgeable staff. From the year of its inception the school has striven diligently and persistently to spread the light of education in order to dispel the darkness of ignorance. Armed with the spacious campus, state of the art facilities and most committed staff the school aims at the holistic development of the learners.